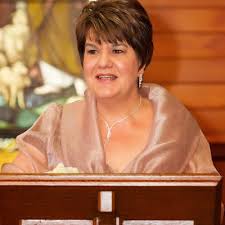 Yvonne grew up in a non-church family in South Western Sydney and became a Christian at a camp at age 12. She trained as a high school teacher and was actively involved in Christian leadership roles in her local church, beach mission and Christian camps. She trained as a Church Army officer (evangelist)  and has served for the past twenty four years’ in various Anglican churches  including Yagoona, Menai, Baulkham Hills and Figtree she also served for 5 years as a childrens’ ministry consultant and trainer for Anglican Youthworks in Sydney Diocese. She is also a contributing writer for a leadership book on Childrens’ ministry.

From Figtree parish Yvonne led two mission teams to Christchurch New Zealand to assist after the earthquakes. She has served in specialist roles with children and families as well as pastoral care and womens’ ministry.

Yvonne not only has a passion for sharing the gospel with young and old, but also for equipping leaders to do the same. She loves connecting with community and creating bridges for people to be linked into the church community.

Yvonne moved to Canberra Goulburn Diocese 2014 to serve in Bega establishing a ministry with Aboriginal people as well as being a Chaplain at SCAC. She has served at Gundagai & Tumut and is now the rector of Cootamundra Anglican Church.

Yvonne is married to Jeff.  She loves to read Gods word and pray and believes her service for Jesus flows from His love.

Colleen has lived in Cootamundra most of her life. She was baptised and confirmed in Christ Church. Colleen gained a scholarship to attend the Cootamundra Technical College and successfully completed studies in Stenography, English and Business Principles. Colleen married John Close in Christ Church Cootamundra in 1971. They have three adult children and seven grandchildren. Colleen and John are actively involved in Christ Church having been youth group leaders for many years.

Her primary diaconal ministries include

Lyn grew up near Young. With her family, she was an active member of Monteagle Anglican Church and the Young Anglican Fellowship at Young. After training at Wagga Teachers’ College, she taught near Wagga, Young, Cootamundra, later at Cootamundra Catholic School and Cootamundra TAFE.

Lyn and her late husband, Clive, who passed away in September 2017, met through YA’s – they farmed for 40 years and have 3 children, 10 grandchildren, and I great granddaughter.

Many years ago, she became aware of a distinct “call” on her life from God, which in later years was clarified as a call to the diaconate – the exploration of this call being profoundly influenced by the death of two close friends, parents and only brother, and by those who ministered to them. She was ordained deacon in November 2007.

Lyn has always enjoyed reading, gardening, knitting, sewing and, together with Clive, many long caravan trips.

She is licensed to Cootamundra Anglican parish as a vocational deacon, in ministry at the local nursing home Adina Care, and other pastoral ministry. 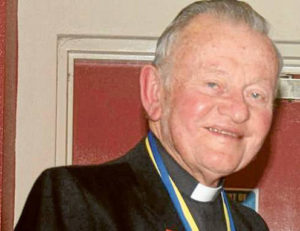 Father Bill Pryce was Cootamundra’s parish priest for nine years and has  celebrated over 60 years in the priesthood.

Father Pryce was Cootamundra’s parish priest for nine years, and also has spent time in Junee, Wagga and Albury.

Anglican priests are retired once they’re 65 but Father Pryce told his bishop he was “allergic to retirement” and since then he’s worked around the state including in places like Broken Hill, Wellington and Forbes.

“I could have retired to anywhere in Australia through the church’s retirement system,” he said.

Geoffrey was born in England and came to Australia at the age of 5. He grew up in the small town of Pinnaroo in the Murray Mallee region of South Australia before joining the Post Office in which he eventually finished up in Broken Hill NSW where he met and married his wife, Meredith. They have 3 adult children – 2 boys and 1 girl. He was ordained a Deacon in the Anglican Church on 2nd February 1980, and ordained an Anglican priest on 8th December 1980. He served most of his ministry in the Diocese of Riverina, before retiring in Harden in 2012. He delights to be involved in ecumenical organisations, and has been on Cursillo, Walk to Emmaus and Kairos teams. Geoffrey has been involved with OSL Australia since April 1982 and has been Chaplain of several OSL Chapters, Regional Chaplain of Riverina NSW, Acting State Chaplain for NSW, National Chaplain Elect, before being inducted as National Chaplain at the Triennial Conference in October 2017. He has also been involved in the Deliverance ministry since attending a Cursillo in 1985, and has been particularly associated with the Victorious Ministry Through Christ. With Meredith, he ran Shalom Healing Home at Yanco NSW from 1999 to 2012.